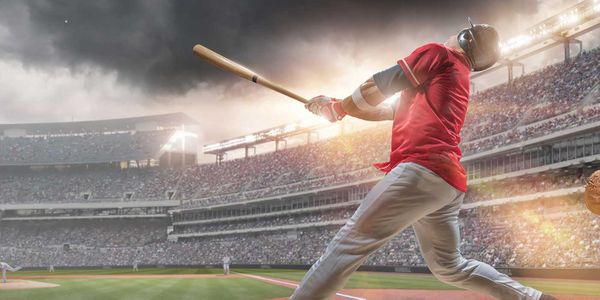 Have fun reading these rhyming sports poems and feel free to share them with your family and friends. Since you're a sports enthusiast, I'm sure you'll find a sports related verse here that you'll be able to relate to.

The first one is fairly general, followed by two for kids, an inspirational one, a funny one, and the remaining five are about specific sports (football, basketball, soccer, hockey, and baseball).

Hope you find what you're looking for.
Most of us will never get the opportunity to participate in sports at the professional level.

Instead we simply do it for fun and fitness in our communities.

It's a great way to get active, stay fit, and develop lasting friendships with others.

Personally, I'm not involved in any organized sports leagues.

However, I do play pickup football, basketball, and sometimes tennis. I also wouldn't mind learning how to hit a baseball. That would be pretty cool.

Sports inspire us,
to compete.
Winning over losing,
is much more sweet.

We do it because,
we love the game.
Life without sports,
would not be the same.

Plenty of water,
we must constantly drink.
As we push our bodies,
to their very brink.

Sports bring out,
our inner drive,
To make the play,
we often dive.

We sacrifice everything,
for our team,
because a championship,
is our only dream.

Now that was just a general sports poem talking about the competitive nature of sports and the team effort required to achieve success and win.

Below you'll find two sports poems for kids. The first one is meant to encourage children to get involved in various sports because it's a lot of fun.

Let's turn off our video games,
and run outside.
From so many sports,
we may choose and decide.

Baseball, soccer,
and basketball are fun,
Let's grab some friends,
and play in the sun.

In baseball, you will be,
running around.
When you hit the ball,
it's a beautiful sound.

In soccer, you pass the ball,
using your feet,
Drink lots of water,
and watch out for the heat.

In basketball, the best sound,
is a swish,
Making ten in a row,
is a wonderful wish.

Whatever sports,
you decide to play,
Enjoy them with friends,
each and every day.

I think it's very important for kids to be able to choose the sports they would like to play and participate in. Children also need to be given the opportunity to try different sports. This would help them figure out exactly the ones they like and the ones they don't enjoy as much.

As parents and educators, we need to encourage our children to get involved in sports and be active on a daily basis. Not only is this important for their well-being and health, but also interacting and being a member of a team teaches them important social skills.

The next one is a funny sports poem for kids. Enjoy!

I Want To Play

Lisa and Dennis,
went to the park,
Where they met,
Jenny and Mark.

Lisa wanted to play,
a fun sport like tennis.
We have no racquets,
explained frowning Dennis.

How about baseball?
Jenny proposed,
We have no gloves,
Mark shyly exposed.

Dennis yelled,
Let's play basketball instead.
We don't have a net,
Lisa laughed as she said.

Mark asked them,
can we play soccer?
Jenny said,
forgot the ball in my locker.

So they all stood there,
thinking which sport to play,
It was certainly,
a beautiful day.

Then they noticed,
Other kids begin to run,
It looked like tag,
Not a sport but still fun.

Children are very open-minded. When it comes to sports, I noticed that they are usually quite eager to play anything. In my opinion, they're certainly not as picky as adults. This might be the case because kids are motivated by fun, while many of us older "kids" are motivated more by fitness.

The bottom line is: we need to encourage children of all ages to participate in sports they enjoy. If we introduce sports into their lives at a very young age, they are much more likely to continue their active lifestyles throughout their lives. This will lead to a happy and healthy society.

This inspirational poem is meant to inspire a team prior to the game or at any point during the game (such as halftime).

We are a team,
of courage and heart.
Every member,
holds a critical part.

No matter what,
we shall never quit,
Tough and determined,
with plenty of grit.

Now is the time,
for us to excel.
Forget about past mistakes,
no point to dwell.

Only one thing,
should remain in our mind,
Victory!
and how we shall find.

It's all inside of us,
obvious and clear,
There is nothing,
we should hold back or fear.

Let's go out there,
and release our fury,
We won't need a judge,
or a jury.

Through our victory,
justice shall be served,
At the end of the day,
our legacy,
will be forever preserved.

Feel free to share the above inspirational poem with your team when you're losing a game. Sometimes, your teammates just need a little bit of positive encouragement to turn things around and go after the win.

I'm a huge sports fan. So naturally, I had a lot of fun writing the following funny sports poem. I hope it makes you laugh. It talks about a random NHL player.

He was skating,
exceptionally fast,
The game was ending,
a few seconds would last.

Preparing for the shot,
he fell as he slipped,
Hitting the ice,
his front teeth got chipped.

It looked like he just,
forgot how to skate.
But how is this possible?
just turned twenty-eight.

He looked like a penguin,
wearing black and white,
Picked up the puck,
and began to bite.

His teammates realized,
he forgot to take his pills,
Which explained his madness,
and his lack of skills.

The doctor came out,
and realized for sure.
That a Stanley Cup,
is the only cure.

I'm sure you realized by now that this poem was written for all those Pittsburgh Penguin fans out there.

If you're a big football fan like me, I'm sure you'll enjoy this football poem.

Football is a sport,
for those who are tough.
It's not easy,
but rather quite rough.

It offers,
it's share of bruises and pain,
When you get hit,
it can feel like a train.

Protecting each other,
with the art of the block.
In the huddle,
keep your eyes on the clock.

It's all about the endzone,
how far and how near,
The closer you get,
your opponents gain fear.

Football revolves,
around the whole team,
A win is the sole purpose,
and ultimate dream.

You may also be interested in reading this football poem that describes the seconds leading up to a touchdown.

He dribbles quickly,
up to half court,
A shot from this distance,
would be definitely short.

He looks around,
impatiently scans.
Up on their feet,
the stadium of fans.

With seconds remaining,
his team is down by one.
This is game seven,
the loser is done.

He passes to his shooter,
alone on his right.
Who releases the ball,
and he stares at its flight.

Time sneaks up and
expires on the clock,
Holding his breath,
he can't even walk.

Finally, the ball,
enters the net.
He feels the emotions,
as stands there in sweat.

It was a beautiful finish,
to a memorable year,
This journey of his,
he'll forever hold dear.

Basketball is obviously a team sport. But the above poem tells the story of an individual basketball player. Of course in basketball success relies on the effort of the whole team as a whole, but there's also individual journey's that occur. That's what I was trying to emphasize.

Each player must perform to his or her best abilities and skills. All it takes is one player to have an off game, for the team to experience a loss as a result.

Last year, I really enjoyed watching the NBA finals. I was impressed how the Dallas Mavericks were able to defeat the Miami Heat by playing as an effective cohesive team. It was quite entertaining.

The following soccer poem may be shared with soccer fans and those of us who enjoying playing soccer in our spare time.

Players on the field,
are virtually arranged,
Chasing a ball,
that's repeatedly exchanged.

A game based on,
strategies and time-tested tact,
Where one tiny mistake,
may have a huge impact.

Soccer is a game,
of position.
Defeating the goalie,
is a mutual mission.

But first you must pass,
enemies on the field of green,
With minimal penalties,
it must be done clean.

On the fields of green,
where dreams live and die,
They soar to the sky,
or drop and just cry.

The above poem is meant to explain the degree of passion that people all over the world have for soccer. It's an obsession that both professionals and lay people (including kids) possess. It's truly amazing to witness millions of people from different cultures and walks of life sharing the same respect and passion for this wonderful little game.

The following hockey poem talks about the seconds leading up to a goal during a hockey game.

The puck is dropped,
as play begins.
Each team vying,
for hard-earned wins.

Well positioned defensemen,
takes control,
To defend and assist,
his duty and goal.

A crisp pass takes the puck,
to the left side,
Where two giants,
suddenly collide.

For a split moment,
there's an eternal mess.
Possessions rotate,
like in a game of chess.

The puck of glory,
comes loose again,
A glimmer of hope,
there's an open lane.

Four seconds to go,
he just lets it fly,
Game seven, overtime,
It's glory or die.

The puck of glory passes,
the goalie of grief,
The Captain becomes
the hero and thief.

All the hockey fans out there know that hockey is an exciting fast-paced and hard hitting game. It's especially exciting to watch during the playoffs when there's so much on the line. I'm a big fan of shootouts, since they test the core skills of the team's top players.

My earliest memory of seeing a live hockey game was back in 1992 in Edmonton, when the Oilers were playing the Chicago Blackhawks. As a child, it was a great memory, even though Edmonton lost 5-0.

Strike one, swings
the current hitter.
Tricked by,
a vicious splitter.

Down in the count,
he brings the heat.
The bat and the ball,
miraculously meet.

They all watch,
as the ball sails,
Pitcher's bench,
biting their nails.

Forget about it,
it's completely gone.
They'll be celebrating,
right until dawn.

Playoff baseball can be very exciting to watch. Right now there's some exciting baseball evolving as I'm writing this. It's the 2011 playoffs with Texas leading Detroit 3-1 in the American League Championship Series. More specifically, it's the bottom of the fourth inning in Game 5 and Detroit is leading 2-1.

In the National League Championship Series, St. Louis is leading Milwaukee 2-1, with Game 4 starting in a few hours. I haven't been following the games very closely, but I'm predicting that Texas and St. Louis will meet in the World Series, and Texas will eventually come out on top, in the 10th inning of game 7. That's just my random call.

I hope you enjoyed reading these rhyming sports poems. 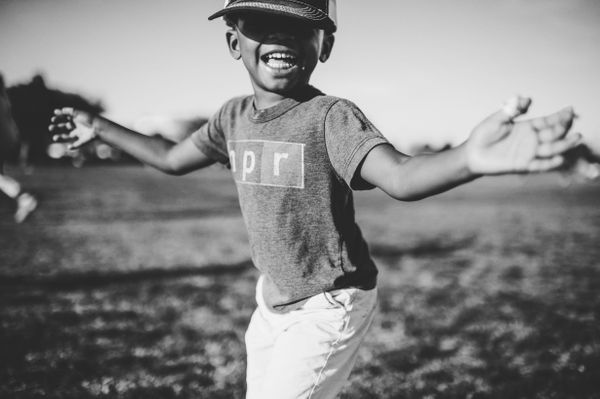